Tsukune originally relied only on his increased physical might through Moka's vampire blood to end most of his early fights before being trained in Youjutsu by Touhou Fuhai.

Tsukune became well trained in the art of Youjutsu by Touhou Fuhai after requesting him to become stronger and thus learned the methods made specifically to counter the Jigen-Tou. 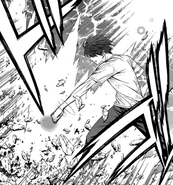 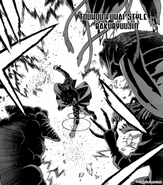 Muei-Tou Yamikiri
Add a photo to this gallery
Retrieved from "https://rosariovampire.fandom.com/wiki/Tsukune_Aono/Techniques?oldid=29741"
Community content is available under CC-BY-SA unless otherwise noted.