This wiki currently needs help with:

You can add info anonymously or log-in and gain the ability to upload images, blog and see less ads. 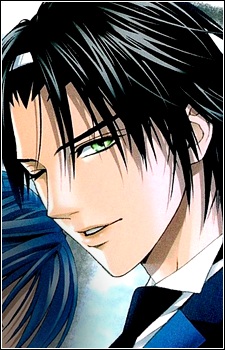 Ginei Morioka (森丘 銀影, Morioka Gin'ei) was a student at Yōkai Academy and happens to be a werewolf. As a werewolf, his powers reach its highest point when the full moon shines. Under a full moon his power rivals vampires, the werewolf's natural enemy, and his speed exceeds theirs. He is good friends with Haiji Miyamoto and a loyal person as he comes to the aid of the rest of his club members. However, he has a bad habit of being a pervert, which has earned him numerous beatings from Kurumu. In addition to being a werewolf, Ginei is also the former club president of the Newspaper Club.

Retrieved from "https://rosariovampire.fandom.com/wiki/Rosario_%2B_Vampire_Wiki?oldid=29515"
Community content is available under CC-BY-SA unless otherwise noted.