The Human Modification Technique is a technique that Touhou Fuhai developed. It forcefully reconstructs a Human's body to be able to use Yokai Techniques.

According to Tohou, the technique is dangerous because it has a low success rate and, if it fails, the Human that is being modified will die.

To preform this technique, Tohou Fuhai will first inscribe the Human who is going to be modified with a seal array before setting up a barrier. He will then begin throwing needles into specific points on the Human's body.

The needles are threaded with a thread from Tohou's Yoki. Once the needle hits, the Yoki will enter the Human's body. There it sews up and reconstructs the Human's cells, forming a channel in which amplifies Yoki. And one thread puts countless thousands of threads throughout the Human's body.

The pain that the Human receives from this makes him/her feel as if their body is being ripped apart. However, the more needles that Tohou injects, the more the pain multiples. There are 109 needles in total so, according to Tohou Fuhai, the number of threads will easily surpass a million.

The 109th needle, however, is the most dangerous. This is because the needle is to be aimed at the Human's heart. And, once the 109th needle has pierced the heart, the Human will fall into a temporary stage of asphyxiation. 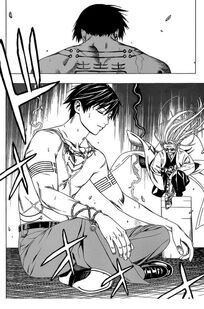 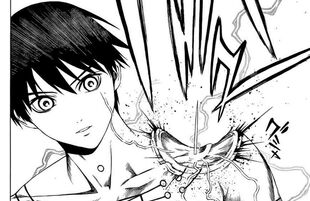 The first needle
Add a photo to this gallery
Retrieved from "https://rosariovampire.fandom.com/wiki/Human_Modification_Technique?oldid=29352"
Community content is available under CC-BY-SA unless otherwise noted.